Yeah my weekend was nuts. I am a crazy for cramming so many things into so little time. But hey I love it. But you know its fun to be running around at least sometimes. Nice to have the blessings of having a lot of friends. Anyway Friday night I worked (volunteered) at a festiva (carinval at a church) it happens every year around the same time. My coworker/friend has a booth a game booth that is sooo much fun to work. I work it with Norman & Lisa. Norman & I sound like such Carnies workin' it. Heckling people and getting them to come play our game. Its all in good fun. We're trying to raise money for the church.
Afterwards we did our midnight run to Cardinals, Yum! We haven't done that in forever. Don't worry I was good. I had an egg white omlete w/veggies.

Saturday I went to Great America for a Company pininic day. My hubby & I now have season passes for there. WOO they also just added a new water feature too. Later I had a Saber Cats game....Of course they won!
Saber Cats have been doing AWESOME!!! they've won almost every game....So they'll be in the playoffs. After the game I went to dinner with Mat.

Sunday I went to breakfest with the girls. Staci, Marcella, Jeana, Jen & Jenny. Yea a girls chattin over eggs & juice. We went to Mimi's cafe. Which is like yum. Seriously. They have some great breakfest. Then I went to Staci's to help her pack. She moving to the "little house" or we call it the shabby chic house. Its on the east side so not the best area. But its a house and its been the family for years. Then we being the crazy girls that we are decided we could move a 400lb entertainment center all by ourselves. And we did. We moved it out of Staci's truck into Marcella's & Jen's place. I have a feeling it will be there till they move. (because no one is going to move that thing ever)
After packing some at Staci's off to Dads house I went for a visit. We had dinner and caught up on current events in the family.
I also stopped by the local Walmart to get a few gardening supplies so I can repot some plants I got from Staci. My backyard is looking like a crazy jungle...but in a good way. I think :)

Posted by Slovebunny at 3:34 PM

Don't worry, I stop by every couple of days! :-) I just don't always comment. LOL


Hey can we stay with you the night of the party? I forgot to ask before. We can get a hotel if not. Lemme know. 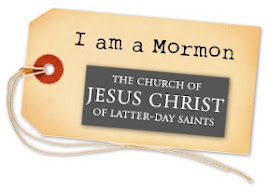 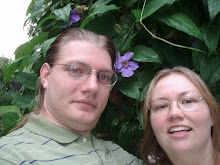